What is an Attention Hyperactivity Deficit Disorder (ADHD)?

Attention deficit hyperactivity disorder (ADHD) is a neurodevelopmental disorder. Symptoms of ADHD include inattention (struggling to focus might walk off), hyperactivity (fidgety, ‘always on the go’) and impulsiveness (suddenly doing/saying something without considering consequences). Symptoms must be present in 2 or more settings and not better explained by another disorder e.g. Autistic Spectrum disorder.  Some children may present with inattention, hyperactivity and impulsivity but be below the threshold for diagnosis. Symptoms tend to be noticed at an early age but become more noticeable when the young person starts nursery or school. ADHD affects on average 1:5 children globally. ADHD is often diagnosed in childhood but sometimes in adolescence or later.

A related condition ADD (Attention Deficit Disorder) has similar difficulties however it doesn’t involve constant movement and fidgeting and the main problem is a difficulty concentrating. 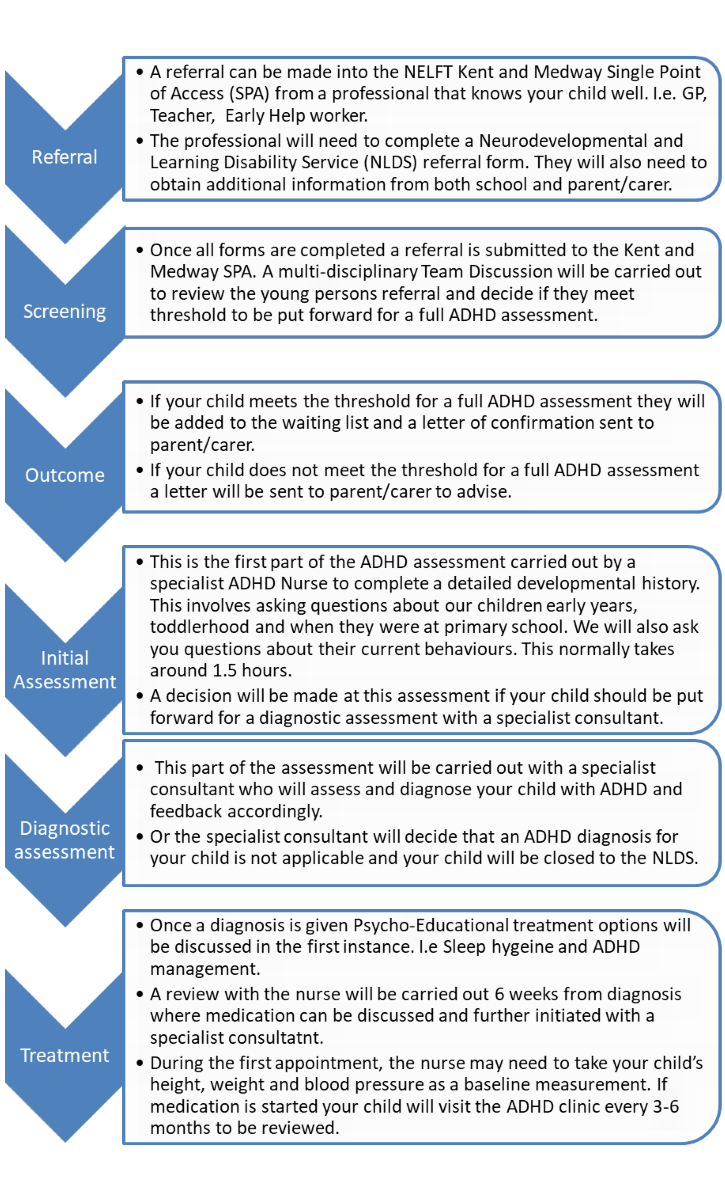 Useful websites for ADHD and your child

Information on autism and ADHD in children