What is Open Dialogue?

What is Open Dialogue? 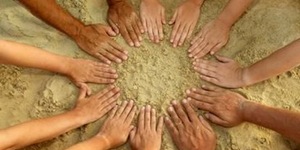 Open Dialogue is a model of mental health care which involves a consistent family and social network approach where all treatment is carried out via a whole system/network meetings, which always include the patient

All healthcare staff involved in Open Dialogue  are trained in family therapy and related psychological skills. The Open Dialogue approach, pioneered in Finland, is a different approach to much of mental health care in the UK, but it has been discussed for several years with interest by several NHS Trusts around the country.

Open Dialogue has been taken up in countries around the world, including much of the rest of Scandinavia, Germany and several States in America.

Some of the results from international non-randomised trials are striking. For example, 72 per cent of those with first episode psychosis treated via an Open Dialogue approach returned to work or study within two years, despite significantly lower rates of medication and hospitalisation compared to treatment as usual.

You can read more on the origins of Open Dialogue, along with the work we are doing within the UK, at www.developingopendialogue.com

The patient’s family, friends and social network are seen as 'competent or potentially competent partners in the recovery process [from day one]' (Seikkula & Arnkil 2006)