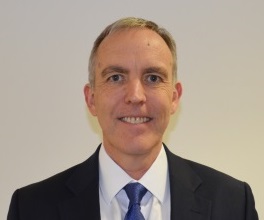 Oliver joined NELFT as Chief Executive in July 2019. He joined the Trust from his role as Regional Chief Nurse for NHS England and NHS Improvement, a role he had held since 2016. As Chief Nurse for London, Oliver was responsible for a number of key areas including quality and safety, safeguarding, workforce and professional leadership. Previous to this, Oliver was Deputy Chief Executive and Chief Nurse at Hertfordshire Partnership University NHS Foundation Trust (HPFT) for seven years.

Oliver has worked in Mental Health Services since 1987, qualifying as a Mental Health Nurse in 1990. He has worked clinically in a variety of mental health settings, predominately in Forensic services. After working at all clinical nursing grades from Staff Nurse to Senior Nurse Specialist, he commenced work in management. He has worked at Executive Nurse level since 2003. He also sits on and chairs several national committees.

Oliver obtained a Doctorate at Kings College London in 2012 and was appointed Visiting Professor at the University of Hertfordshire in 2014.

In the 2016 New Year’s Honours List, Oliver was awarded an OBE for services to Mental Health and Learning Disabilities Nursing.