NELFT NHS Foundation Trust provides a range of  community health and mental health services across the north east London Boroughs of Barking and Dagenham, Havering, Redbridge and Waltham Forest, Essex and Kent and Medway and Barnet.

This year’s theme was ‘Creating Hope Through Action’ so we are doing just that - taking positive action by having our own Suicide Prevention Strategy which we launched on Friday.

The Trust Suicide Prevention Strategy objectives are aligned to the National Suicide Prevention Strategy (NSPS) and aim to reduce the suicide rate in the population of individuals that encounter our services and to provide better support for those bereaved or affected by suicide more generally. As a mental health provider and in delivering this Strategy, we will focus our efforts on eight domains. Seven areas for action as highlighted in the NSPS, as well as a Zero Suicide Ambition.

All eight domains are underpinned by a culture of hope, recovery, growth and development. 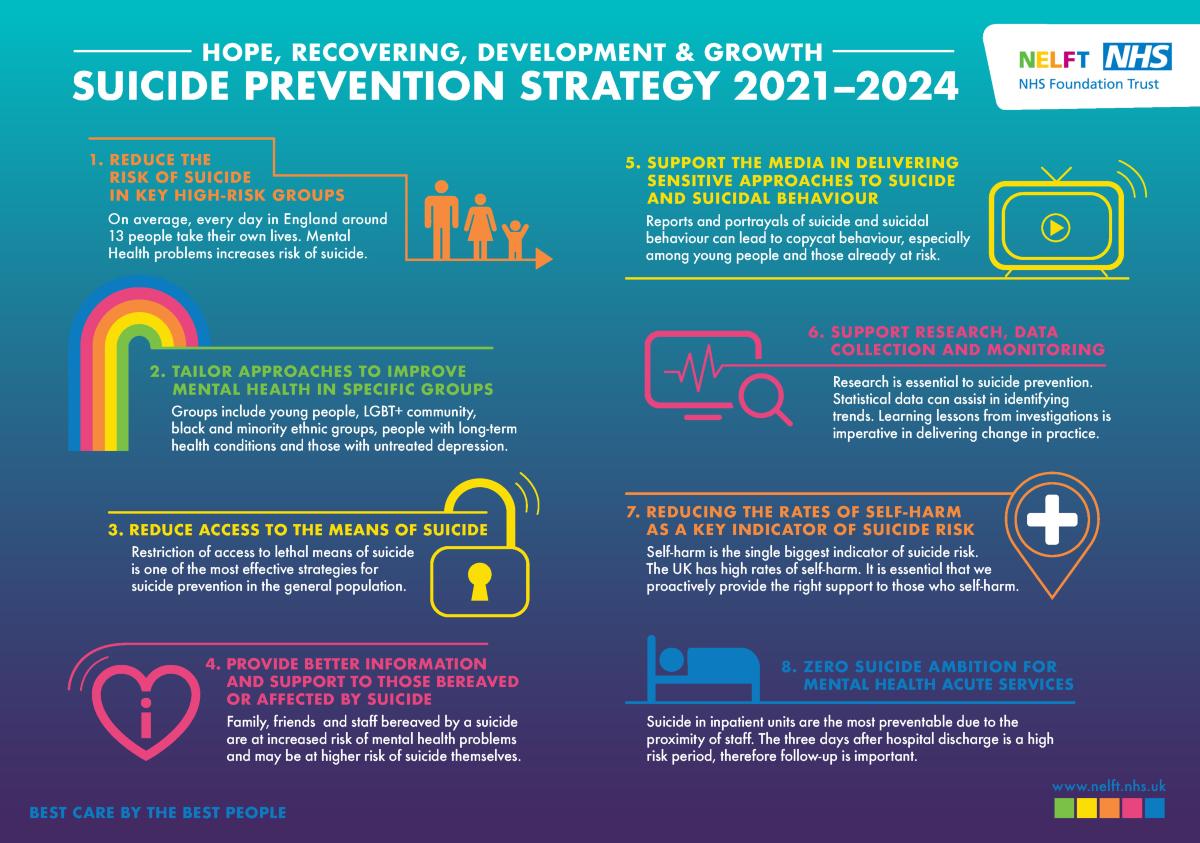 We were joined at the launch by some fantastic influential speakers including Professor Rory O’Connor from the University of Glasgow who shared his research on exploring the role of loneliness and the relationship to self-injurious behaviour. We also welcomed Dr Rachel Gibbons who gave a fascinating presentation, which included the effect of suicide on clinicians.

We also heard from Saranna who’s brother took his life a few years ago. She talked about how she did not feel that the family was listened to and how she hopes that through the launch of our strategy, these words become actions that bring about real change. We also watched a video of Saranna’s experience which highlights just how powerful and important the voice of the family is and how working together is key.

We will be sharing more information as the weeks go by on our strategy and how we are delivering.